The work units that flow through your queue

If a queue describes a process, a task defines an instance of the process. Each task can be understood as an instance of work that lives in a queue waiting to be picked up by a user. Tasks are represented according to its parent queue's configuration (see Configuration).

Without tasks, we have an empty queue, which isn't that useful. So, we need to create tasks.

Tasks can be created in two ways:

Clicking New Task might require you to provide some of the task's block values prior to creating the task, for blocks whose value can't be modified in-task (ie images, or a read-only text block).

Tasks can be found in each queue's home screen. A task is characterized by the following properties, regardless of the queue's configuration:

To work a task, you can either:

Statuses indicate which stage each task is in within the queue. It can be either of:

Assignation is the mechanism that helps avoid duplicative work, by ensuring only one person can work on and submit a given task.

When you load a New or Open task, it will get assigned to you and you can start working on it.

If you load a task In Progress which is not assigned to you, you will not be able to modify it. However, you can pick up the task by reassigning it to you through the left hand side panel:

You can also unassign a task from yourself if you don't intend on completing it, so it can get dispatched to another user automatically.

Remember that every time you view a New or Open task it will get assigned to you. If you don't intend to complete the task, we advise you to unassign the task from you before you exit. This way it will get automatically reassigned to other users as they complete tasks.

If you have done some work on a task but don't intend to complete it at that point in time, you can save the task's current state by clicking Save. This will prompt an update to the task in the queue.

Clicking Submit will send the task for completion. If the request succeeds, the task status switches to Complete and the task will be sent to the queue's registered destinations.

A successful task submission will result in a new task getting dispatched to the user. The criteria for task prioritization is FIFO of New tasks, followed by Open tasks.

Once a task is completed it gets removed from the queue and is sent to the configured destinations. After that, the task can't be modified anymore.

Each Task has its own Activity for context as well as commenting functionality to let you communicate with your teammates in-task, so you can ask questions, share context or provide feedback. 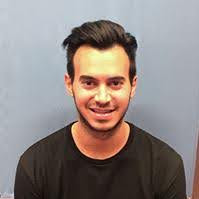